“I judged them because I did not understand the music,” Godson Ugochukwu explains how mediation overcomes cultural prejudice 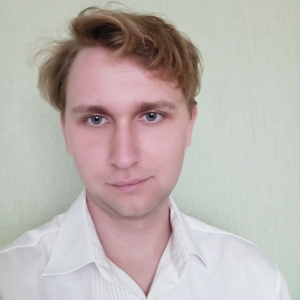 Godson Ugochukwu FCIArb. is a partner at Fortress Solicitors in Lagos, Nigeria and chairman of the Board at Guinea Insurance Plc. He will be sworn in as a Senior Advocate of Nigeria in November 2022. At GIDI and SCLA’s upcoming International Mediator Leadership Training Programme in Chengdu, Mr Ugochukwu will be sharing his knowledge on culture and mediation. We asked him to give a taste of the experience he will be teaching.

Congratulations on being awarded the rank of SAN, Mr Ugochukwu. Starting in the region you know best, can you begin by telling us what mediation in Africa is like?

Godson Ugochukwu: I’ve always maintained that mediation is native to Africa. That is one thing Africa and China have in common; a communal-based approach to conflict resolution, as opposed to the western approach of individual rights. In African communities most conflicts are seen as a threat to communal cohesion, as opposed to just a threat to the individuals concerned, and so the community, at all times, joins hands. It is a problem of the whole family, and every member of a family knows that if they don’t resolve it the rest of the community will be saying “how can you not resolve this kind of thing?”

When commerce started on an international scale that same concept has followed conflict resolution. In situations of conflicting business interests within an extended family the mediator will be trying to get you to concede, make greater compromises for the sake of your family – it’s not necessarily about your rights, or even about your commercial interests.

How far can this approach be applied consistently across family relationships as well as international business relations?

GU: The African approach has not retained its integrity over the years of its intercourse with different cultures, and that is to be expected. In this intercourse of cultures, African culture is the underdog. African countries are in most cases almost basketcases when it comes to economies, governments – so they are not strong countries. Therefore, our focus is always either on the West or on the East – stronger cultures. Today, the West is losing “market shares” in terms of influence and dominance to China.

But at the heart of it, there is that natural disposition towards conciliation for the sake of continuing and preserving relationships. Of all the areas where African culture would yield to foreign culture, mediation would be the last. On the contrary, the western practice emphasising individual rights, seems, in mediation, to borrow more from the African emphasis on continuing relationships.

At the core of it, the theory of mediation still retains the African practice of conciliation and of winning the peace as opposed to winning the war.

It is often said that Africa is not all one country; what are the differences and similarities between the mediation cultures of the various countries in Africa?

GU:  Nigeria is the perfect microcosm of what can happen here in terms of intercultural mediation: Nigeria has over two-hundred and fifty nations and over three-hundred different languages. Think about Nigeria as full of countries as small as the Baltic countries of Europe. This leads to all kinds of mixes.

In my ethnic group – Igbo – we stand up to greet someone, and since age is generally emphasised for respect in African culture you expect the younger person to stand up and say “good morning Mr Godson”. But if you’re from the Yoruba ethnic group you have to fall to the floor to say good morning. Age is the common denominator; you must show respect to age. So, imagine a mediation involving a seventy-year-old managing director from one company, who is Yoruba, and a twenty-five-year old MD [Managing Director] from another, who is Igbo, you have a perfect example of a cultural conflict in mediation.

Extrapolate this to all of Africa; in some countries women are actually dominant, in others women are subjugated. You can have a situation where one side feels a woman shouldn’t be in the same room as a man, but the MD of the opposing party is a woman.

How do you learn the cultural differences you encounter as a mediator?

GU: I have a natural interest in human beings and cultures. As a bibliophile, I also read a lot. Because art imitates life, when you read books from China or fiction from Japan, or you read from the US or from Africa, you begin to get a basic and easy introduction to these cultures.

Breaking down the walls of culture, for a mediator, doesn’t start from the conflict you’re going to mediate and it doesn’t end after the conflict. What I would recommend is having a healthy interest in finding out what is happening in other cultures that are not yours.

I was in Qatar one night, and it happened to be a cultural day. I discovered that men were standing by the banks of a river with their hands around each other’s shoulders forming a circle. And they were playing music and dancing, all going up at the same time and coming down; up, down, up, down. The first thing that hit me was “what kind of silly dance is this?” And then, as I thought these thoughts, it just hit me: “‘silly’, because you don’t understand it.” They, too, would consider the dance from my culture silly because they don’t understand it. Once you understand what they’re doing, you begin to enjoy it

You know, I learnt something when I watched a documentary by an African-American man who made it his business to go hunting out “grand wizards” of white supremacy – the Ku-Klux Klan of the US, their leaders are called “grand wizards”. He would seek out an interview with them and sit down and ask them “you really believe the black man is beneath you? And all that?” And they would all repeat what they believed, and the man would say “but how can you hate me if you don’t know me? You’ve never dealt with me.” And gradually, these people started saying “oh no, no, you’re different; you’re not like them – you’re my friend.” Before long, he started getting some of them to leave the KKK.

Actually, stereotypes come from ignorance. If I look at Tianze, and say “where is Tianze from? He’s Chinese; oh, the Chinese are like this.” But I have never asked myself “have I met any Chinese?” Some of us have never met a Chinese or a European, we just borrow from what somebody else told us. But how can you judge me? How can you hate me if you don’t know me? So, the African businessman needs to know more about China. The Chinese businessperson needs to know more about the African continent.

Then you begin to realise that whatever negative things, whatever ignorant things you believe in your head, they begin to fall away because what happens is you are probably experiencing the same experience I had when I saw men jumping up to music. I judged them because I did not understand the music. Once you understand the music, soon enough you begin to nod to the rhythm of the music.

What role do you see SCLA and GIDI playing at present and in the future?

GU: I am very passionate about both institutions. SCLA and GIDI, for me, are like missionaries, going around the world trying to deepen ADR [alternative dispute resolution] across the world, and create equal relationships between ADR practitioners across the world.

What we are pioneering in this association is quite unique; the way we are going about it is different. I’ll give you an example: SCLA and GIDI straddle the different continents of the world with a focus of bringing China, and its enterprising spirit, to the world, and bringing the world into China. I like the idea that different practices in China and practice groups are invited, and we do our events with them – I think that is fantastic because China is a huge place, a huge market. Anybody who closes their eyes to what is going on in China will sooner or later realise that they have done themselves a great disservice. SCLA is well-positioned to hold the hands of diverse groups and diverse nations and diverse cultures and meld them with China for the great benefit of all the parties involved.

GIDI itself has been positioned to begin to draw in China-related conflicts, bringing it out into other cultures. And if you look at the set-up of GIDI and the people who were behind it, you will see that the depth of experience is there, and the expertise is there. So, all I see is a glorious future for GIDI for SCLA, and I am very happy and very proud of both organisations.

What is your message to the current and future participants of our training programme in Chengdu?

GU: This promise is the one you must hold on to: GIDI and SCLA will deepen your practice, and your experience and your expertise in ways that you never imagined possible. SCLA and GIDI give you a window into the world. So, I can only say: come with us.

Thank you! We look forward to hearing you elaborate on all these topics during the training programme.

GU: It’s been a pleasure.

If you have enjoyed these insights and want to learn how you can join the next GIDI and SCLA International Mediator Leadership Training Programme, follow this link.